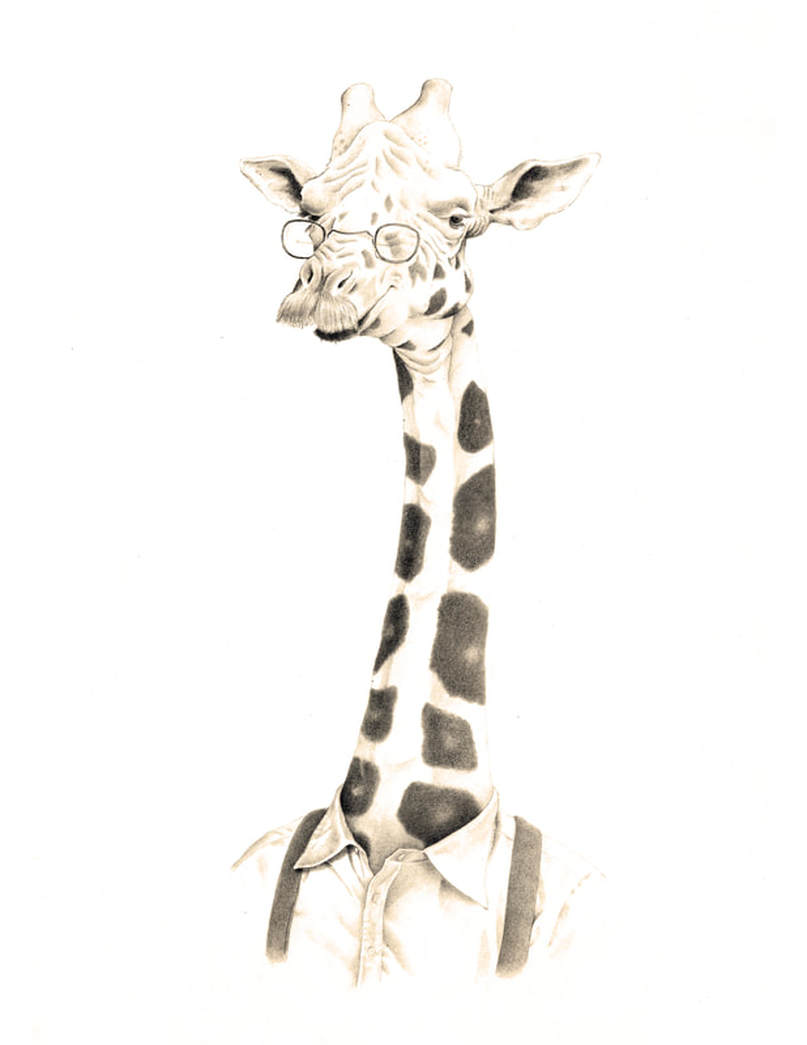 A Day in the Life of Al Goldstein

At the base of Al Goldstein's seven-foot neck glimmers a golden chai. "I've been wearing this since your bubby was a little girl, I can tell you." He holds the Hebrew letters up to better catch the sun. "My wife Shana gave it to me before the war. She had quite a toochis, you know." Mr. Goldstein bends to kiss a portrait of his deceased wife then examines a picture of his grandson, David. "He's dating this shiksa now. He's a good boychik, my David. Look at that little punim - how could he not be? But he could call his grandpop more."

Mr. Goldstein dons a cap and inches his way down the building's staircase to the streets of South Brooklyn. He's meeting a friend at a Ukrainian bakery for coffee - well, decaf. "Regular gives me gas," he explains. A walk in the park follows - Mr. Goldstein seems quite the popular octogenarian ungulate, though not with city official Markus Pachy. "He eats the low-lying leaves off every damn tree in the whole damn borough. Look, I mean, how do you think he'd like it if I went around drinking all the water out of the city's lakes or something?" Mr. Goldstein dismisses the criticism with a wave of his two-fingered hand. "What can I say?" he chuckles. "Some people are kvetchers."

Nevertheless, most of the branches hanging above Mr. Goldstein's head are indeed bare as he hunches over, intently studying the chessboard in front of him. A small crowd watches the battle unfold. "I've been playing this messhuggena game here for thirty-seven years. Thirty-seven! Can you believe it?" Nevertheless, it's his king which is checkmated. He accepts the loss with a grin. "Oh well," he muses. "I've still got my health."