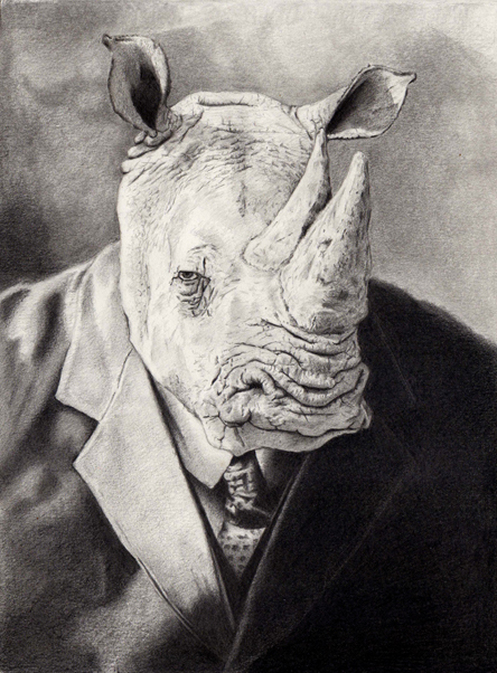 Casey "The Rhino" O'Malley was born in 1849 to Irish immigrants William and Margaret who ferried over in 1847 in the midst of the Great Potato Famine. After the death of his father from typhoid, Casey, at the tender age of eleven, became the sole breadwinner for his mother and baby sister, Saoirse. The young O'Malley made a name for himself - as well as a bit of scratch - on the mean streets of Boston, battling racism, bigotry, and other pugilists in underground bare-knuckle boxing rings where he earned the nickname "The Rhino."

In 1870, Margaret O'Malley succumbed to a long fight with consumption and Casey and his sister moved to New Orleans where he became the amateur heavyweight bare-knuckle boxing champion of Southeastern Louisiana. He later became somewhat of a local celebrity, making frequent appearances at the boxing fights/poetry slams he orchestrated in the region under the banner of "Haikus in the Bayou." He later opened Megafauna Gym and Writer's Workshop where it soon became apparent that Casey had a (horned) nose for unusual talent.