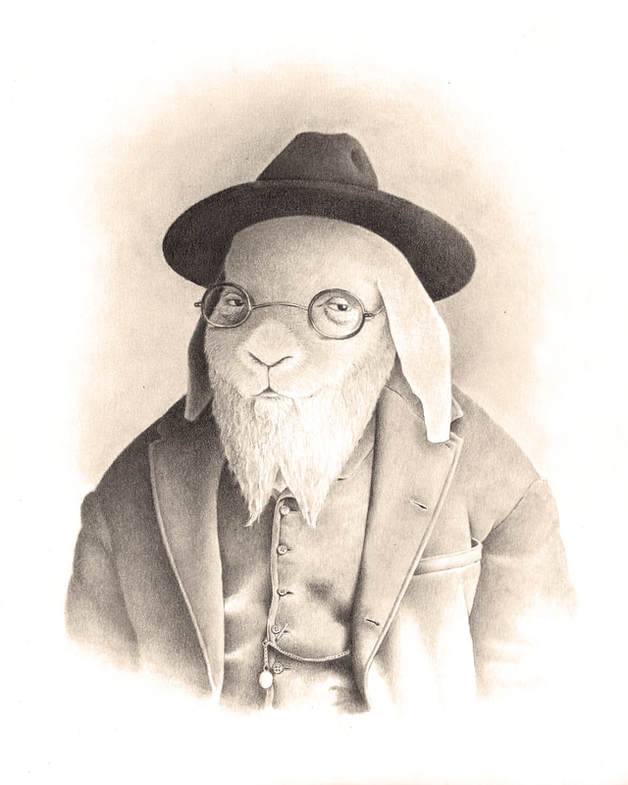 The Many Sordid Affairs of Rabbi Herschel Rabbitovski

Hershel Rabbitovski - the name alone conjures images of loose women, fast cars, and cheap moonshine. Not much is known about the infamous bootlegger's early years, other than that he was born in a small village outside of Odessa to Esther and Dimitri Rabbitovski, poor carrot farmers, in the closing years of the nineteenth century. Young Hershel, it seems, always had a cute, whiskered nose for trouble and was quickly spirited away to Kiev where his parents enrolled him in a rabbinical seminary.

He was ordained as a rabbi in 1914 but, after persistent allegations of money laundering, Rabbitovski fled to America where, through his cousin Harvey Harewood, he quickly found work in a poor Brooklyn synagogue. With the advent of Prohibition, Rabbitovski turned the congregation into a front for a bootlegging operation extending as far west as Missouri and as far south as the Carolinas. Taking a leaf from his upbringing, Rabbitovski's outfit specialized in a unique brand of single malt carrot whiskey colloquially known as "Warren-Tooth Rotgut."

At first, life was good and money was easy but, during the later half of the 1920s, Rabbitovski was constantly on the run from Feds and hired guns alike, culminating in a deadly subway shootout in 1933. His funeral was held at B'nai Abraham Cemetery in Newark, New Jersey, though persistent sightings of his distinctive beard and floppy ears have led conspiracy theorists to believe he survived the hit to live out his days in the "Rum Republics" of Latin America.